While recently working on a build featuring a 2014 Chevrolet Silverado, Z71, with the 5.3 DI engine, we discovered a significant airflow restriction issue during testing. While undoubtedly delivering great performance in a stock setup, the intake manifold and throttle body on the truck just wasn’t up to par from a performance aspect. We compared the physical dimensions of the intake manifold and throttle body to that from a similar truck equipped with the larger 6.2L engine. 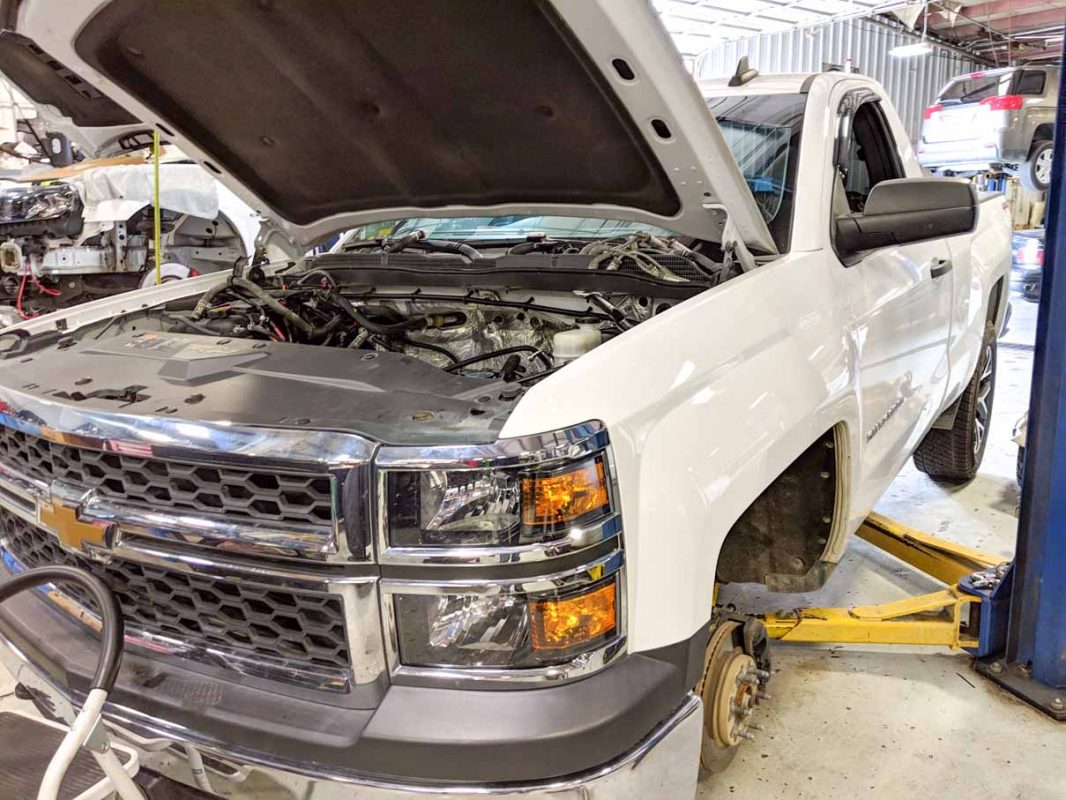 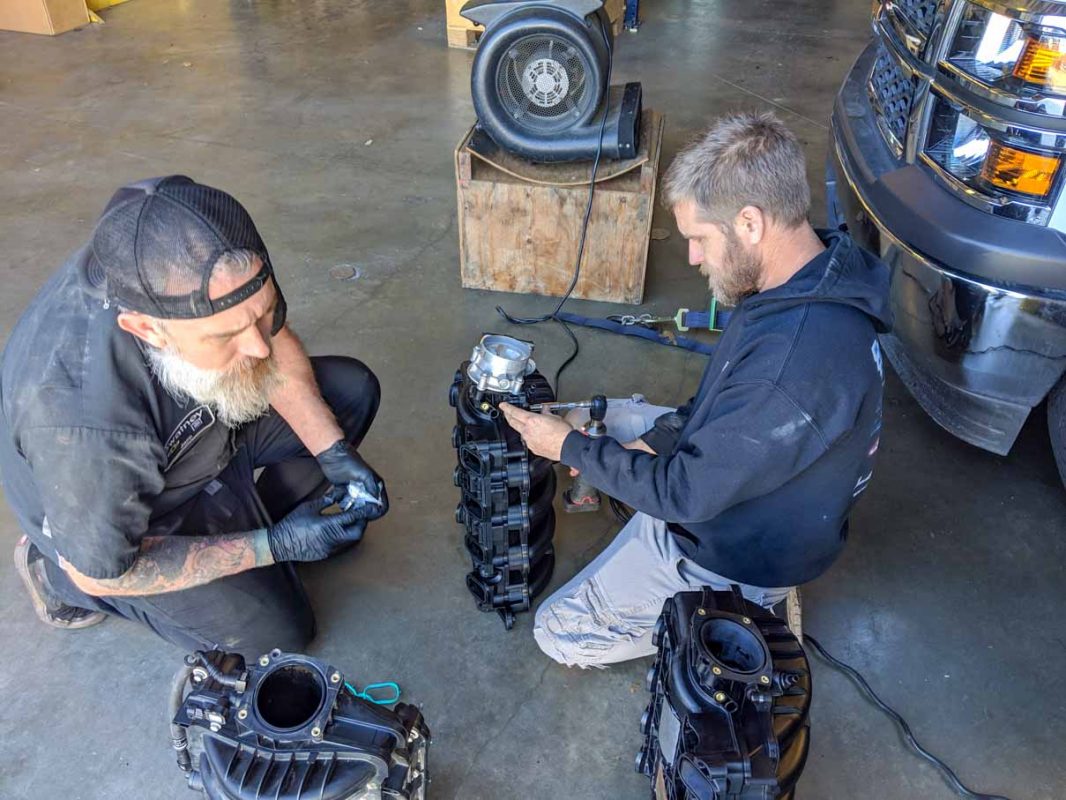 On the 6.2L intake manifold, we noticed that overall, it was larger, the runner ports were larger, and the runners appeared to shorter in length inside the manifold. While initially concerned about the runners fitting the ports on the heads, we discovered that the 6.2L manifold fit perfectly against the 5.3L heads. On the throttle body, there was enough difference to fit the mouth of the 5.3L throttle body inside the 6.2L one!

And so testing began…

The truck we were working on was equipped with a GPI 5.3L DI Cam, GPI Ported and Milled Heads, Kooks Headers and Y-Pipe, and a Circle D Converter. Next, we simply swapped the throttle body and intake manifold out with a stock 6.2L throttle body and intake manifold. No additional tuning was done after swapping! It was definitely a tight fit on the factory plumbing to the air box, but nothing a little grease couldn’t manage!

We then tested this setup through several dyno pulls, and observed a nice increase in both RWHP and RWTQ. Additionally, we noticed that the peak HP shifted up roughly 300 RPMs. While this was indeed a nice pickup, we weren’t satisfied.

Next, we began developing a porting process for the 6.2L intake manifold. As you can see below, looking at the bottom of the manifold, the stands are quite large – and restrictive. 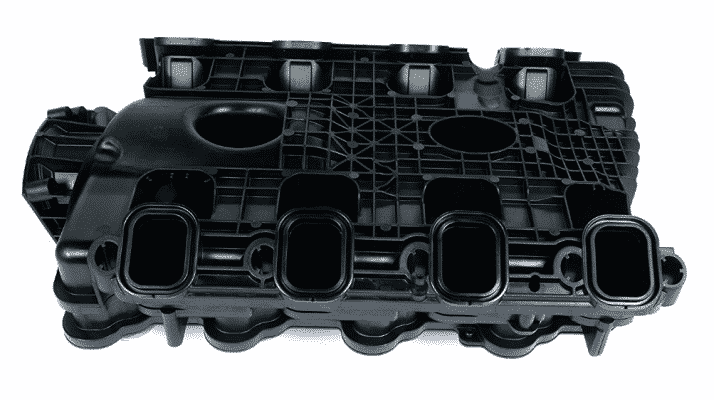 After removing the stands, we then began porting the mouth of the manifold and the runners. Once that was completed, similar to our LS3 Intake Manifold Porting, we epoxied the floor of the manifold, and installed thin, aluminum sheets where we had cut the stands out.

After completing the porting process on the 6.2L intake manifold, we installed it along with a stock 6.2L throttle body. Once again, no tuning adjustments were made. A few more dyno pulls later, and the results were impressive to say the least… 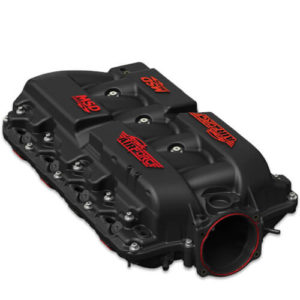 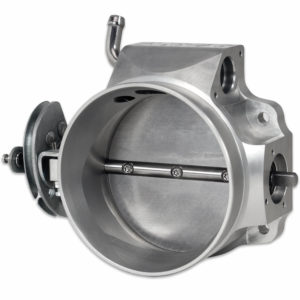 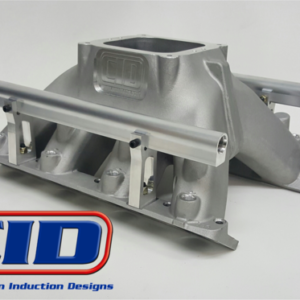 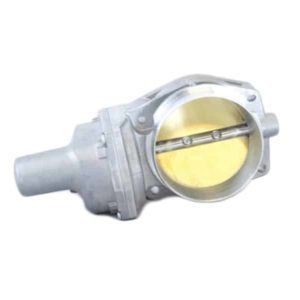 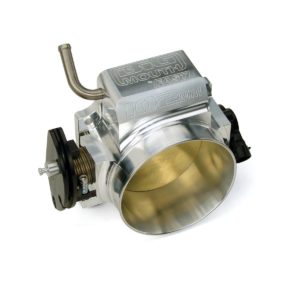 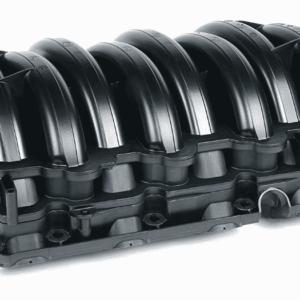 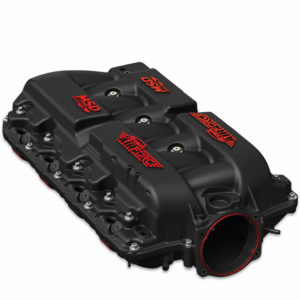 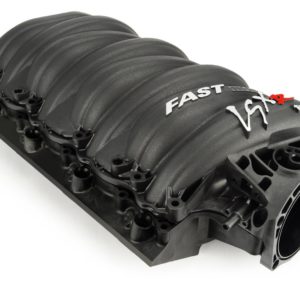 Our current turn around time on new porting work is: 2-3 weeks.

Affirm and Gwatney Performance have teamed up to offer easy financing for orders over $500 – without a catch. There are no gimmicks like deferred interest or hidden fees, so the total you see at checkout is always what you’ll actually pay.

Affirm designed its loans to offer you flexibility and control over your budget. Affirm offers rates from as low as 10-30% APR based on your credit. Actual rates will be shown at checkout.

Affirm has a dedicated team in San Francisco at Affirm HQ, ready to answer your questions and help out however they can.

DO I HAVE A CREDIT LIMIT WITH AFFIRM?

Unlike a credit card, Affirm is not a revolving line of credit. While customers can take out multiple Affirm loans at once, each Affirm loan application is evaluated separately as a closed-end transaction. An application from a returning customer may be denied, however, if that customer has failed to repay other Affirm loans on time or if the customer shows excessive borrowing behavior.

HOW DO I PAY MY BILLS?

You can pay your Affirm bills online at www.affirm.com/pay. They accept payment by debit card, bank transfer and check.

DOES AFFIRM PERFORM A CREDIT CHECK?

WHY WAS I PROMPTED TO PAY A DOWN PAYMENT WITH A DEBIT CARD?

Affirms tries hard to approve every purchase but sometimes can’t approve the full amount. When this happens, Affirm provides a debit card down payment option so that you may still complete your purchase right away.